There is one whose knowledge of Norse lore exceeds anything you could imagine. She must have hung upside down from a tree for nine days herself, possibly pierced by her own spear, like Odin himself. It wouldn’t surprise us one bit to know she had two ravens for companions, though we cannot be certain of this.

The only familiars we can confirm with any certainty are the cat Linux, and Lolth, who, like Sleipnir, possesses eight legs.

Other than her prowess with the mightiest weapon of all, the pen, she’s also no stranger to the more arcane art of the brush. Her art is imaginative and evocative, and many other sorts of -ive.

Who are we talking about? You know it. The Viking Mistress herself, Anike Kirsten!!! She stood witness at the cradle of INKubator, has been a member of the board from the day we forged our community, and we hope to have her by our side for many days and years and stories and poems to come.

Anike has achieved professional publication, putting her on the path to the author Valhalla–life as a professional writer.

Anike Kirsten lives in the Karoo of South Africa with her spawns and spouse, cat, and arachnids. spends her days imagining, reading, and writing SF and other speculations of the probably-not-probable, despite her aphantasia. Fragments of her imagination have been scattered to Nature: Futures, Illumen, and other fine publications.

Get in touch with Anike Kirsten at: 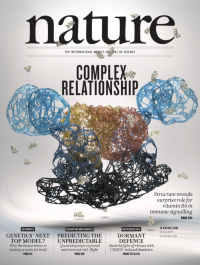 Anike’s hard science fiction story “Into Darkness” appears in the June 12, 2019 issue of Nature: Futures and can be read online in its entirety.

Siya ventures into a micro black hole, thinking it safe, only to realise how much resentment from the past can affect the future; an ever-looping future.

How do you feel your membership at INKubator contributed to your success?

The support and motivation are definitely the top aspects of it, knowing that if I ever hit a hard place, I have a soft place to turn to. But more than that, the honest critique and discussions and thought experiments have done so much to improve not just the skill of writing but also the way I think of and approach ideas.

Do you have any advice based on your experiences so far for other writers still struggling for acceptance?

I don’t have much experience, though I do know, from my own and others’ experiences, that perseverance is the key. Keep writing, keep submitting, keep reading the publications you’re striving to be published in. Then write some more. Fresh stories go a long way in improving your craft, like a wise Wulf keeps saying.

Is there a technique or structure or resource you found especially useful in getting your story ready for submission?

The best technique for me is becoming my characters, minor characters as well, getting in their heads and understanding them. The plot sort of takes it course from there by itself. I was just going with the flow, and all the feedback from critiques, until Into Darkness became the story it needed to become. And I can’t stress the importance of feedback. A good critique group can do wonders for a story.

What draws you to the genres you write?

There’s something about science fiction as a whole that comforts. From the possible to the plausible (especially the plausible), imagined futures and consequences of the present can teach us much, and it can warn us to be mindful and to consider the potential effects (both good and bad) of our actions and technology. What I love most about science fiction is that any topic can fit into it. Take any technology, any social matter, any political aspect, and you can travel through time to a world of your making to explore the idea and the results of it.

What’s the most difficult part of your writing process?

Honestly, the writing itself. Getting the words out of my head and onto the page. Every idea and story sounds epic in this noggin, and the reality of it being written often falls short of that. I’m still learning how to let a story be what it wants to be instead of what I want it to be.

What’s your day job and how do you balance it with writing and reading time?

I work part-time as a handyman, sort of in construction and sort of doing other physical work. It’s tiring, mentally and physically, leaving me with very little time to much else aside from keeping house. I steal an hour or so before bed to read, and type out some words on my phone before I doze off. For myself, the balance lies in figuring out when to just relax, do nothing in order to recharge.

Do you write more by logic or intuition, or some combination of the two?

I’d say it’s a combination of both. I start by intuition, going with the characters, the idea, then I let logic take over to fix it and bring the whole thing together. Intuition tends to leave a lot of plot holes, while logic inclines more toward info-dumps. It’s a tug-o-war getting the two to work together.

What advice would you give a writer just starting their journey?

Don’t give up. Sure, you’ve probably heard so many writers say the same thing over and over, but they have a point. It’s a tough career, there will be upsets and downslopes, maybe snakes. But you have to push through them. The battle never ends, you win some and lose some but if you get up and keep fighting, you’re winning the war.

Another piece of advice: listen. To critiques, feedback, praise, criticism, all of it. Acknowledge them and embrace them. Use them to improve, apply them to your writing. No one is without flaw, and it’s not to see your own so outside perspective can be a very powerful resource.

What quote from a book/story/poem/article holds a special place in your heart?

“Human beings make life so interesting. Do you know that in a universe so full of wonders, they have managed to invent boredom?”

A quote from the Hogfather by Terry Pratchett, from his character Death. This part struck from the moment I read it and stuck with me everyday. I was easily bored as a child, starving for stimulation but having no idea how to attain it. It affected my education and a lot of my teen years. And reflecting on what Death said helps me be more appreciative of the wonders in everyday life, shifts my perspective. I remember to look at the world from a different angle, with a different type of thinking. I’d go so far as to say this quote as had a profound effect on my imagination and writing as a result. It may have also fostered my habit of people watching.

Do you have a quirk to your personality that you think most people don’t share or find weird?

Well, I find it quirky, and most people I’ve met think the same, though I’m sure it’s just a matter of them not being used to it or at least, not experiencing it so blatantly. It’s that I tend to approach everything analytically. And very often without a filter, which results in some uncomfortable situations and dead conversations (which I just happen to keep alive because I can’t seem to stop when I get started). A couple of friends call me a Cylon or Borg, which I think of as quite the compliment. The spouse likes it so it doesn’t matter if others find it weird, only whether they think it’s a good weird and hop onto the crazy train with me.

You can find out more about which cookies we are using or switch them off in settings.

This website uses cookies so that we can provide you with the best user experience possible. Cookie information is stored in your browser and performs functions such as recognising you when you return to our website and helping our team to understand which sections of the website you find most interesting and useful.

Strictly Necessary Cookie should be enabled at all times so that we can save your preferences for cookie settings.

If you disable this cookie, we will not be able to save your preferences. This means that every time you visit this website you will need to enable or disable cookies again.